The First Swarm of bees.

My ‘nuc’ arrived in July. A bit late in the year but the spring had not been too clever so things were running a little late that year. A ‘nuc’ is a queen bee and a collection of worker bees which can be purchased from a specialist queen breeding beekeeper. It arrives in a box with a mesh (for air) and entrance hole (blocked up!) with bees buzzing loudly inside desperate to get out. They are on 5 or 6 brood frames loaded with food.

Placing the ‘nuc’ box in a position close to the hive you have already made. and prepared and with your beekeeping suit on. open the entrance and stand back. It’s a little scary but proved quite harmless. The bees rush out and circle round whilst they get their new bearings before flying off to forage. 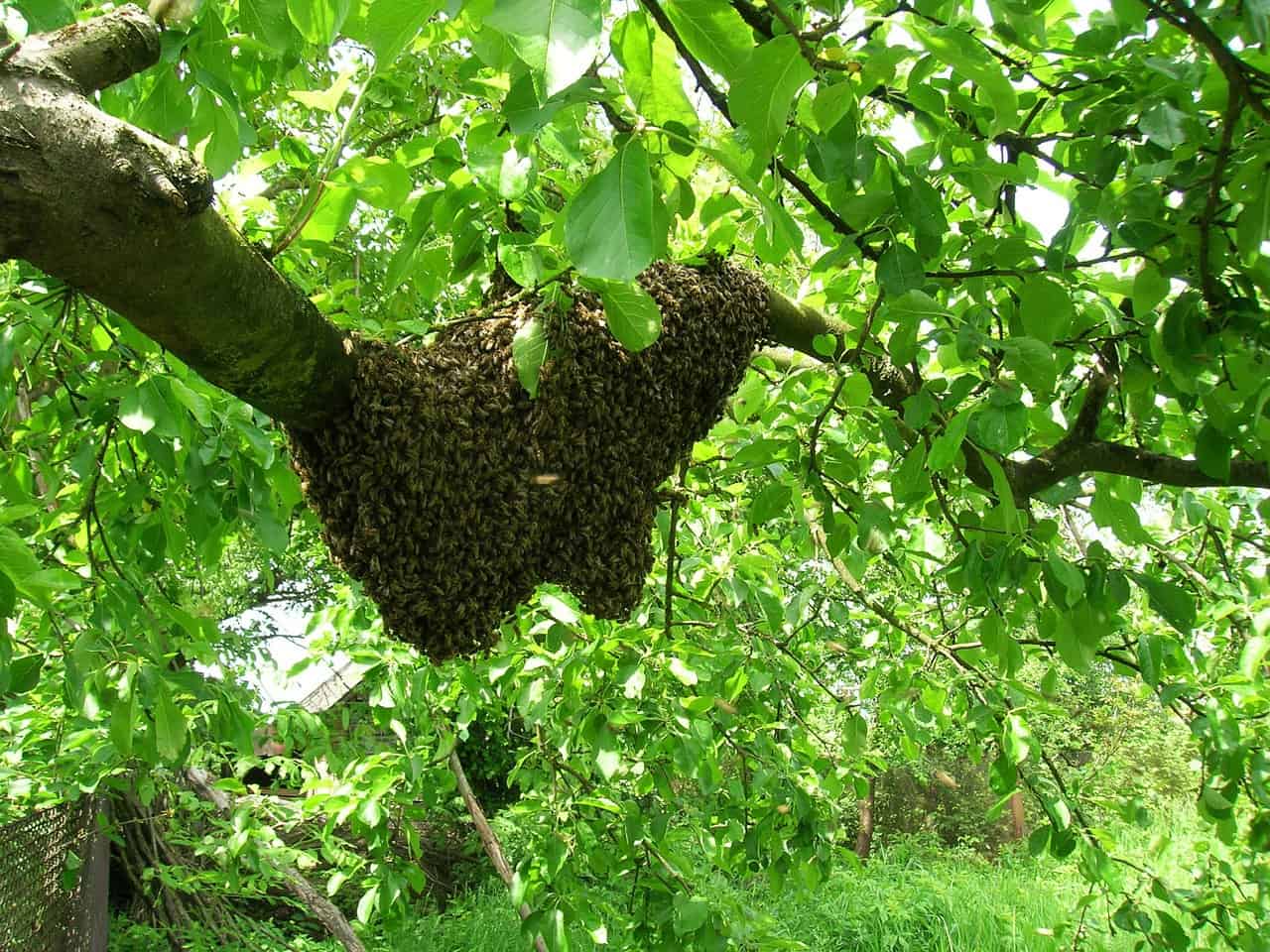 After a couple of days, I moved the hive a few inches to the place where the ‘nuc’ had been, removed the frames from the ‘nuc’ and put them in the hive. The bees then went back into the hive and I took the ‘nuc’ box away. Looking back it was all very straightforward.

The first year came and went quite quietly, we didn’t get any honey but that’s fairly normal as the hive builds up. It was great watching the bees come and go bringing in nectar, water, propolis and pollen which they carry on their rear legs.

Mid April the following year it was a beautiful sunny Sunday, we were having lunch with one of our daughters and her partner, the patio doors were open and we started to hear a buzzing sound in the garden. The buzzing got louder and we saw a cloud of bees around one of our trees. They looked far to dangerous to handle so I rang another bee keeper. He said ‘phone me when they all settle down somewhere’.

They settled on a branch in the tree and Ted came around and showed me how to collect the swarm in a box and put them in a spare hive. By holding a box under the swarm he hit the branch and they all fell off into his box. Since then I’ve done it many times with the help of my wife.

That year was when we started to get some honey and beeswax and I made our first candles using the beeswax. I have made thousands of candles since then which we sell at markets and shows, you can see our selection and buy online at busybeeproducts.co.uk